The Scanuppia guided nature reserve is located on the Vigolana massif above Laben of Besenello and occupies an area of ​​583 hectares, from 1,450 m near the Malga Palazzo (1,560 m) to 2,132 in Cima Vigolana. It includes the areas surrounding Malga Imprech with the historic Malga Palazzo building and the entire state-owned forest of Scanuppia.

Already in medieval times the members of the noble Trapp family had identified their favorite half in the area of ​​Scanuppia for the holiday and hunting activity due to the natural fauna richness of the area: chamois, roe deer and grouse. At the center of the estate, Malga Palazzo was built in 1589 at the behest of Osvaldo II Trapp. With its majestic appearance (about 400 square meters) and its characteristic battlements, which were however suppressed at the beginning of the last century, it soon became an important point of reference not only for the noble family, but also for the local community of the valley. With the passage of time, in fact, between ups and downs, wars and conflicts, Malga Palazzo became an important station for the economy of the villages of the valley floor: in times of crisis, such as during wars and disastrous floods, it continued to supply milk and dairy products to the people of Vallagarina. Next to the main building, a second building was built by the same Trapp Counts, intended to house the cattle. In 1991 the Province of Trento acquired from the Count Osvaldo Trapp and the Countess Maria Fedrigotti Trapp, a total area of ​​583 hectares in the woods and the rest in the Alps and pastures. Subsequently, with the Decree of the Provincial Council of Trento, in 1992 it was subjected to a protection obligation as a guided reserve Scanuppia-Monte Vigolana. In the management of the Reserve, conservation aspects and the recovery of habitats by fauna species are a priority.
The state-owned forest of Scanuppia, consisting mainly of spruce in association with white labete and beech, extends up to 1,750 m asl, and leaves vast open spaces for grazing. At higher altitudes, the larch finds an elective habitat and chromatically enriches the forest with its pale spring green and autumn golden-yellow. Mountain pines cover vast areas at higher altitudes and offer refuge for many plant species. Scanuppia is frequented by roe deer and chamois and is the reproductive territory of the capercaillie. There are many birds present, including the golden eagle, which although not nesting on the Vigolana massif often circulates above the Reserve in search of prey.

Accesses:
From the east for the S.P. which starts from Folgaria up to the Sommo Pass or from the Adige Valley to Besenello and from there on foot for a long and arduous climb to the reserve. 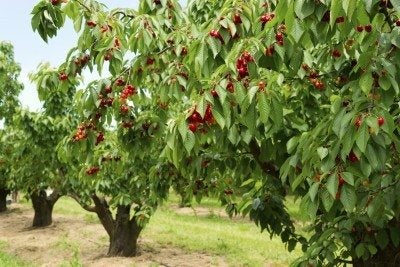